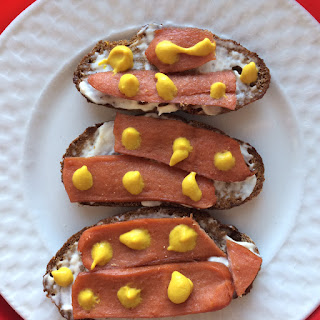 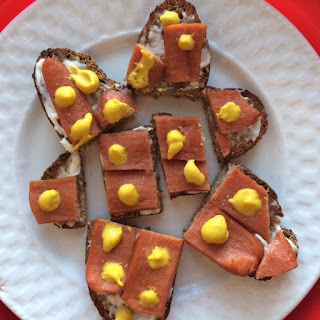 The heel end from this week's bread baking experiment, as breakfast today. ...but why is my phone letting me take a pic - it has run out of memory and I have not been able to free up space? It just has not worked. And, it has interfered with other processes.

I had another bread experiment in the works, a small one. Wanted to take a pic of that in its stage just then. But the phone had turned dead and black. No revival.

Settle down to enjoy breakfast and let the phone throw its blockade fit. Open another device, go online by wifi hotspot, google the two problems.

Learned: 1) how to restart black screened iPhone, (luckily it was not a matter of the worst reason). 2) how to really delete what you thought you had deleted, and thereby free up space/memory in iPhone etc. Good so far. Just no before pics of current bread experiment.
Posted by Catinka Knoth at 11:57 AM